Fast, precise, and easy to operate: power skiving has been turned into a highly efficient process for the production of internal and external gear teeth by the VSC 400 PS machine.

Responsible for this is a high-performance tool concept. The VSC 400 PS can accommodate up to four different power skiving tools on two spindles, plus up to six turning tools. This enables various combination processes with a single clamping operation:

2nd variant: Up to four different types of external and internal gear teeth are produced with four tools.

3rd variant: The combination of pre-turning and power skiving ensures speed and precision in concentricity.

Furthermore the intuitive operator interface of the skiving machine, which simplifies the work of the operator considerably, is of great significance.  All the operator has to do is input the desired gear teeth values of the component, the values of the tool data sheet, and the cutting values. The machine does the rest. It independently calculates the entire machining program for the power skiving process.

And, in addition, direct drives in the main and milling spindles keep the axes perfectly synchronized during power skiving. And the very stiffly designed B-axis enables a large variety of axis crossing angles – the setting angles of the tool for power skiving. Usually, a value of between 15 and 25 degrees is used here, but EMAG has already implemented power skiving processes with an angle of about 45 degrees in the past. 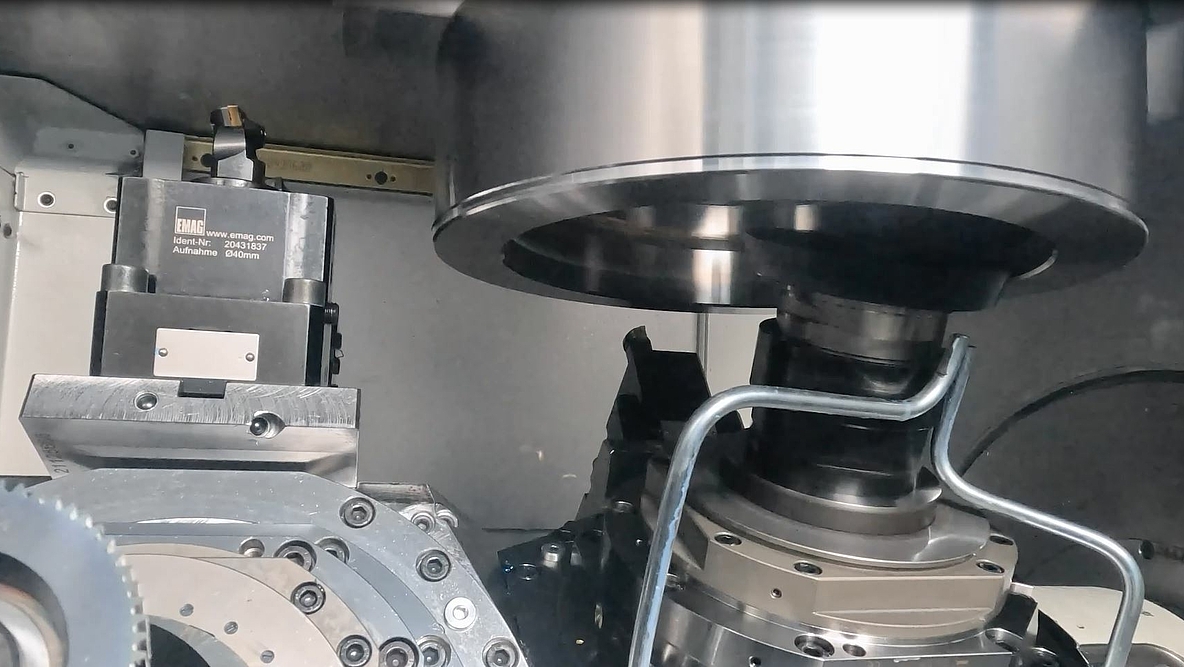 Bin picking, or "reaching into the box,” is a technology in which a robotic arm uses a 3D sensor system (3D camera, scanner, ...) to remove workpieces in a chaotic position from a mesh box or similar.…

Power Skiving allows highly efficient machining of chucked parts and gears. For the machining of internal teeth hobbing, it provides an alternative to…

We make our customers' lives easier