How does a differential work? 3 questions – 3 answers 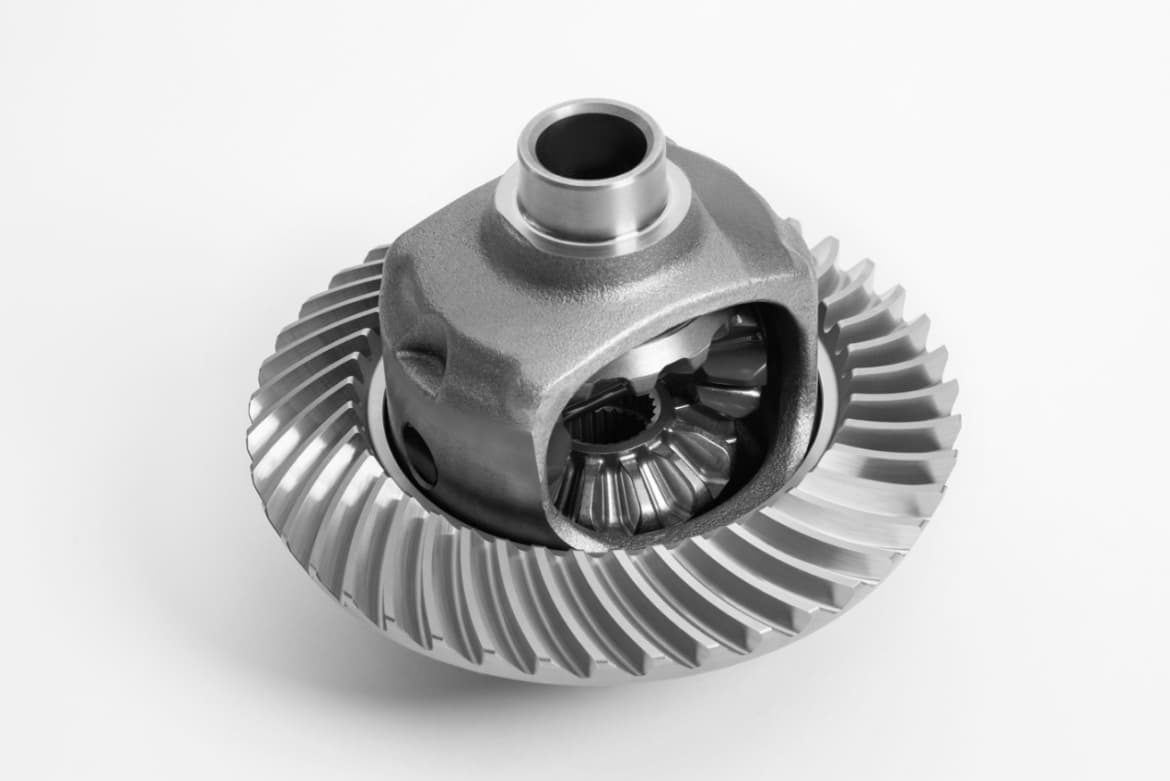 1. Why do cars even have differentials?

There are no cars that don’t have differentials in them—otherwise we would be driving through tight curves with the wheels spinning and tires screeching. This essential component is located in the center of the drive axle, where its function is to make sure that the two wheels can turn at different speeds when driving around curves, while nonetheless having exactly the same propulsive power. The torque of the motor is always divided in a fixed ratio.
By the way: All-wheel drive vehicles have a differential on each axle, plus a central differential that distributes the engine power between the axles in a given ratio.

2. How exactly does a differential work?

3. When are differential locks utilized?

The basic technical principle of a differential becomes a problem when the two tires on a driven axle are moving over surfaces that have different traction, such as ice and dry asphalt, for example. The wheel on the ice will spin, while the other will not move at all. The car will be “stuck.” This happens because the differential distributes the drive power of the engine according to the resistance of the tires. The wheel on the ice naturally has significantly less “resistance” so the differential therefore distributes all the drive power to it. Differential locks help to keep things moving in these situations. They redistribute the drive back to the tire that is turning more slowly or not at all. Differential locks come in a number of different types.
A very clear and understandable explanation of the basic principle of a differential is provided by this short film from 1937:

Motion and mobility – Our new Image...

How Should Businesses Prepare for the Automotive...

“Retrofits will become increasingly important in the...