How Important are Small and Medium-Sized Businesses?

The German Federal Ministry of Economics says that small and medium-sized enterprises (SMEs) are “driving economic success”—an assessment confirmed by a variety of research. The fact that innovative businesses, like EMAG, play a central role in this “driving force” is reflected “Axia Best Managed Company” award EMAG recently received.

How successful are German SMEs and how important are they to the German economy? The KfW-ifo SME Barometer lists a whole set of interesting indicators related to this topic. It shows that SMEs generate more than half the turnover and employ significantly more than half of the country’s workforce—more than 17 million in total. SMEs are also the “nation’s teachers.” In 2017, businesses with more than 500 employees provided about 1.25 million of the 1.52 million total vocational apprenticeships in Germany.

The machinery industry— traditionally consisting of SMEs—is responsible for a major part of these performance figures. According to the German Mechanical Engineering Industry Association (VDMA), there are currently 6,459 mechanical engineering companies in Germany and they have generated a total turnover of 240 billion euros last year. Another interesting figure is the astonishingly high amount of the various branches of mechanical engineering in global trade. For instance, the amount of German manufacturers in measuring and testing equipment is 31.1 percent. According to the VDMA, machine tool manufacturers—such as EMAG—represent 20.5 percent share of the global trade.

The Role of Research

What are the reasons behind this success? Looking at research and development departments may provide some answers—SMEs keep developing innovations that succeed in the market. In this context, the VDMA stresses that machinery manufacturers generate over a fifth of their turnover from innovations. With a share of nine percent of the entire economy’s research and development expenditure, the machinery industry is one of the most research-intensive sectors—right alongside automotive manufacturing, electrical engineering and the pharmaceutical/chemical industry.

EMAG’s positioning and development fits the following descriptions in many respects: The Group is one of the few makers of manufacturing systems that can cover the entire process chain from soft machining to hard machining. In the past decades, EMAG has succeeded in systematically expanding on its know-how and in tapping into new markets—a performance that has now been recognized by the “Axia Best Managed Companies Award.” The consulting firm Deloitte, the German weekly business news magazine “WirtschaftsWoche” and the Federation of German Industries (BDI) award this quality label to exceptionally well-managed SMEs. “Overall EMAG distinguishes itself with its exemplary management that combines a strategic vision with the capacity to innovate, a sustainable management culture and good corporate governance. It thus conveys a model for other businesses to follow,” points out Lutz Meyer, Partner and Head of the SME program at Deloitte. 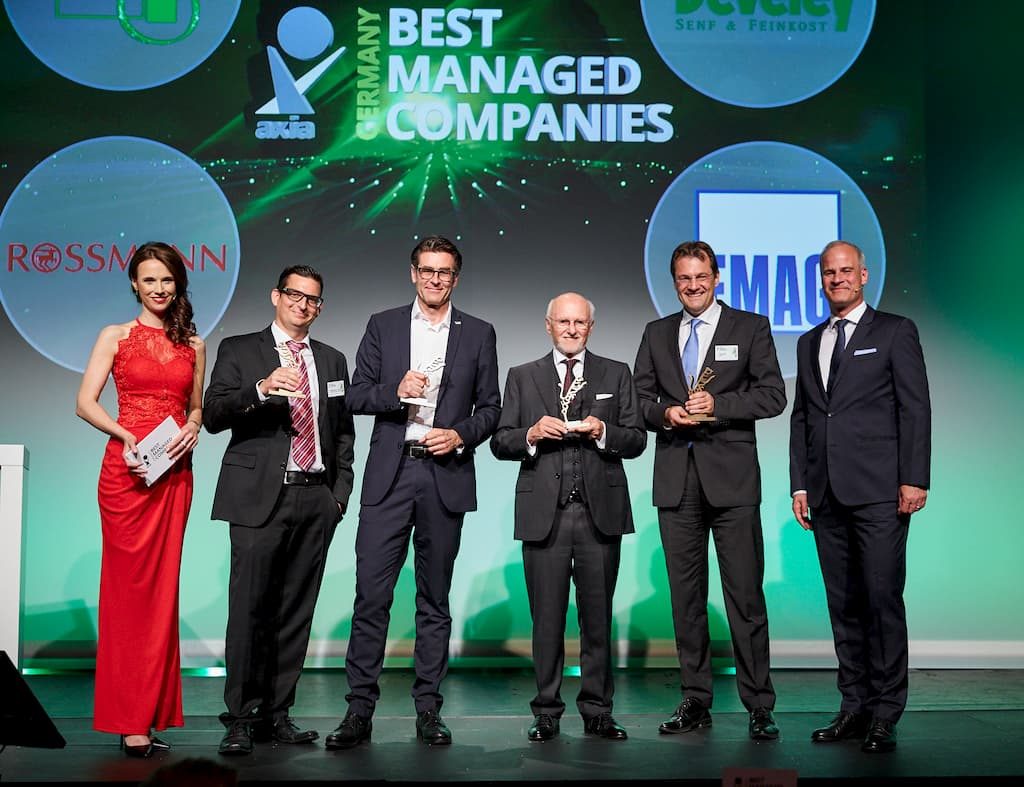 There are a variety of examples that illustrate the extend of EMAG’s efforts in the area of research. The company is working on the digitalization of its machines under the heading “Industry 4.0.” In the future, the large amount of sensor, operating and production data generated by each machine tool during its operation is to be used extensively—customers should benefit from more stable and more productive processes. The various apps in its current software portfolio, which can for example be used to monitor several machines simultaneously, shows just how fast the South-German machinery manufacturer is making progress.

How Should Businesses Prepare for the Automotive Revolution?

How light will future commercial vehicles be?

“Retrofits will become increasingly important in the...

“We have a lot of experience and...

Low-Emission Zones and Diesel Bans—Opportunities for an...